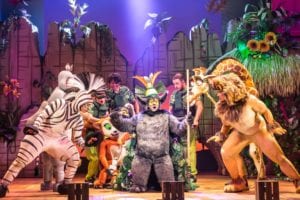 Madagascar the Musical has arrived at the New Theatre on George Street and will be there until this Saturday – 4th May. We were delighted to be invited along to the opening night to review it for Mumbler, especially as my three year old son is a massive fan of the movie. It’s replaced Frozen as the most watched in our house.

For anyone less familiar with the story, there’s Alex the lion, Marty the zebra, Gloria the hippo and Melman the giraffe who all live in a New York zoo. Marty dreams of life in the wild and so they all escape, together with some mischievous penguins, and end up in Madagascar where they meet King Julien and friends. 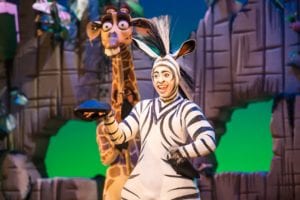 The show started at 7pm which is usually around bedtime for our two, so I wasn’t sure how well it was going to go. But my three year old was hooked from the start to finish, aided only slightly by an ice cream refuel at the interval. He loved it and here’s why: 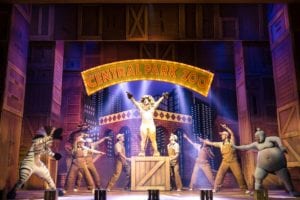 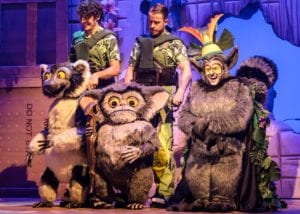 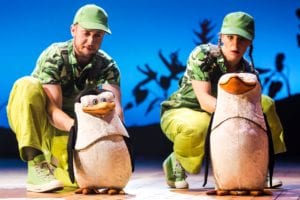 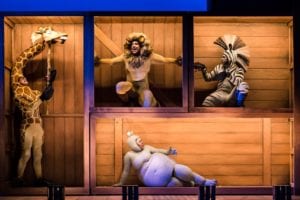 My baby also loved it but more because of the bright lights and colourful set! We had a great time and would recommend this family musical to other Oxford families. My kids were among the youngest ones there, probably largely because it was a 7 o clock performance, but I think it’s a great outing for all ages.

Madagascar the Musical is running at the New Theatre until Saturday 4th May 2019 and there are matinee and evening performances.

Tickets can be purchased from the New Theatre box office on George Street, by ringing 0844 871 3020 or by visiting www.atgtickets.com/oxford (phone and internet bookings subject to booking/transaction fee. Calls are charged at 7p per minute, plus your phone company’s access charge.). Tickets start at £13.