Fairytale Farm, near Chipping Norton, is the first attraction in the UK that aims to cater equally to children with and without disabilities. It’s the creation of couple Nick and Nicola Laister who were inspired by outings with their children (the oldest of whom has cerebral palsy), after noticing that at many places children with disabilities are left at the sidelines.

They set about designing a rural attraction that would cater equally for children with and without disabilities. In 2013 Fairytale Farm was opened and they are continually adding to it. We visited in February half term with a group of friends, keen to see their ‘Once upon a unicorn’ half-term event. 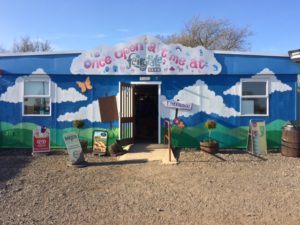 You enter through a hut which houses the ticket desk, café, toilets (the only ones on the site so use these before you head off down to the playground and farm), and a play room which has some toys and colouring. This half term they’ve also got face painting (£2.50) and a big stuffed unicorn for taking photographs next to. There’s also some fancy dress in there and they’re running unicorn story times twice a day. 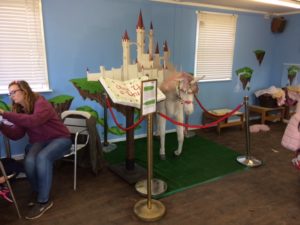 You then head outside into a courtyard where there is a sandpit and some small rooms with things for kids in: mousetown which is a dolls house type street in a tank with mice in, a unicorn garden scene, and a rabbit burrow with tree stumps chairs and tables in. 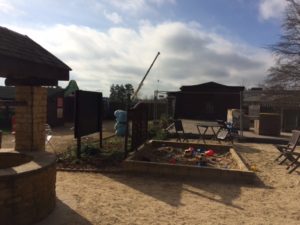 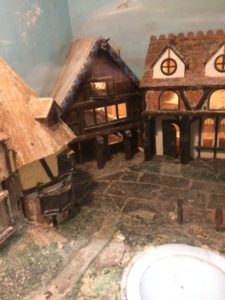 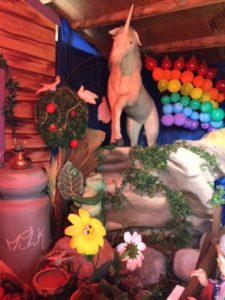 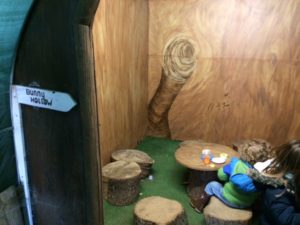 From there you head through a section where there are four scenes from fairytales (like the wolf in bed) behind windows and there are buttons to press to turn on the lights. There’s then a garden with lots of large colourful things and buttons to press which make noises. In this section there is also a water play area which the children really enjoyed. There’s also a gigantic camera (like 5 feet high) which takes a picture you can email to yourself. 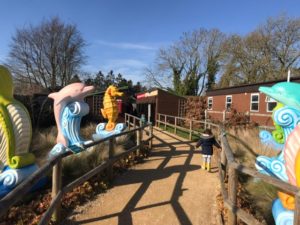 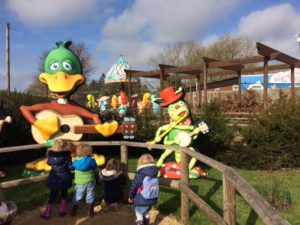 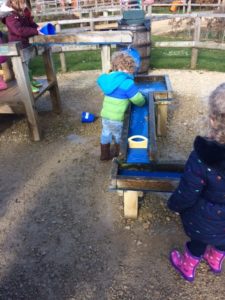 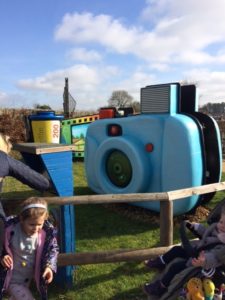 After the garden there is an adventure playground and a few fair-type activities at the back including ‘duck racing’ and giant skittles. The farm itself is at the back of the site and has chickens, ducks, guinea pigs, rabbits, ponies,  goats, donkeys, pigs and alpacas – all of which you can feed (you buy the food on the way in).

The alpacas were gorgeous and all the animals seemed well looked after. There was also a vegetable garden with troughs of soil and little trowels for the children to have a bit of messy play. 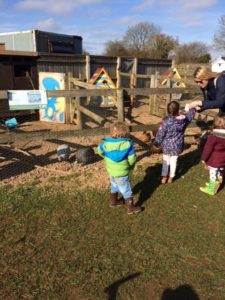 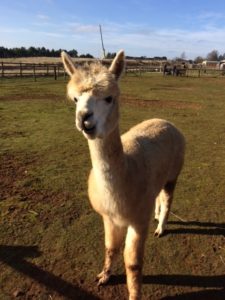 We rounded off our visit with some unicorn activities in the seating area opposite the café. We made unicorn crowns and decorated unicorn biscuits. There’s a wide selection of food and drink for sale, including gluten free options (they also provided a gluten free biscuit for decorating for one of the children in our group which was lovely). 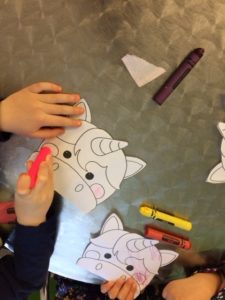 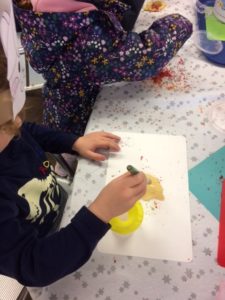 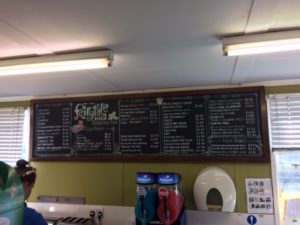 The farm is in Chipping Norton, about 35 minutes from Oxford. Once you get to Woodstock it’s a 10 mile drive in a straight line. The children all enjoyed themselves and it was nice to visit somewhere different, and especially with such an important ethos underpinning it. The whole place is wheelchair and pram accessible.

Oxford Mumbler is your local parenting community – a website packed with information for pregnancy and for families in and around Oxford. Visit oxford.mumbler.co.uk for everything from what’s on, days out, weekly clubs and classes in Oxford, to support groups and services for pregnancy, babies, parents and more. Join the Mumbler community on our friendly Facebook chat group and follow us on Facebook and Instagram.